Lake of the Ozarks Amphitheater

Early in July, I received an email from the Ozarks Amphitheater asking me to be their guest at an upcoming concert. They gave me the choice between seeing Eli Young Band on July 23 or  Parmalee later in August. My family had already planned our yearly Lake of the Ozarks vacation the week of July 16 – July 24 so it made perfect sense to attend while we were there already. Plus, Eli Young Band is a favorite of everyone in my family so I was excited to receive complimentary tickets.

Note: They didn’t ask me to write a post or review, but I felt like I should since they gave us free tickets and because I think this is a great venue that more vacationers and locals should visit.

The day of the show, we enjoyed the lake and all it’s rough weekend water one last time since our vacation was almost over. My plan was to stop at the Sugar Shack on 5 highway to grab some burgers and ice cream before the concert, but when we pulled in, we discovered they were closed due to a family illness. We chose to eat dinner at a new place to us, Canon Smoked Saloon, and hoped we wouldn’t be late for the tail gating at the concert.

Even though our dinner took longer than we expected, parking was a breeze. We pulled into the gate right off highway 5, with little traffic about an hour before show time. The men working said VIP parking was around the corner, so we turned around and found the new parking area. The man at that gate found our name on the list and told us where to park in the small lot and we headed into the VIP gates.

There was some confusion about our tickets – apparently we had to pick up our comp tickets at the other end of the outdoor theater, outside of the gates, even though we had been given VIP parking at the opposite end. Luckily, a young gentleman walked us over to where we needed to go. In the process, we walked right through the theater and I was so amazed at how large of a place we were going to be sitting in!

After we picked up our tickets outside of the main gate, we had to wait in line with everyone else to get back in. I did hear one of the workers comment as we walked out of the gates, “we’re not supposed to let anyone out.” But since we didn’t even have tickets yet, I don’t think it really mattered. The line didn’t move real fast but we got through it quick enough. They checked our bags and scanned our tickets then asked if we wanted a bracelet for alcohol. They also handed out a few free tickets to the Parmalee concert that was coming up in 2 weeks, trying to get people to return and enjoy another show.

Near the main entrance, there was a petting zoo setup where the theater was raising money for the local animal shelters. (They raised around $1000 in donations that night so I think it was a success.)

Unfortunately for all of us, this was one of the hottest days of the year with no breeze – right around 100 degrees – and we were all very hot, sweaty and thirsty after walking back and forth between gates trying to collect our tickets. We bought bottled water and other drinks for the family and sat down in the open seating area, right next to the sound booth.

We discovered that my complimentary tickets included pit passes, so the kids took their cell phones and hung out at the stage all night, after the first band was done playing. My husband and I sat back and watched Eli Young Band all evening as the sun slowly faded behind the trees.

The theater is large and had more open seats than customers. Honestly, I believe the reason for that is the word just hasn’t got around yet about this awesome theater. When we were waiting to collect our tickets, one of the guys in charge was talking to us about the theater. He said the owners want to create an experience similar to the Red Rocks stage in Colorado. The theater is large and spacious and it is easy to walk around and buy drinks.

There is an area setup for VIP guests including tables and a large tent and their own bar.

My step daughter was concerned that the restrooms might not be nice, but after walking into them I was pleasantly surprised by how clean and large the restrooms were with plenty of stalls.

The concession stand moved quickly with several open stations taking everyone’s orders. You can pay with cash or credit cards and they have quite a variety of drinks to choose from. In addition to large bottles of water, I bought a Smirnoff Ice – Screwdriver in a large can. They had several types of the sweeter alcoholic drinks, in addition to beer and pop.

The sound was amazing – loud and clear. Eli Young Band didn’t have a lot of exceptional lighting but they did have some lasers effects that helped draw you into the show. The seating was comfortable and with the large speakers throughout, and the massive stage, I don’t think there would be a bad seat in the house.

My family really enjoyed the concert and my husband and I liked doing something different with our kids while still being outside at the lake. Though you can’t see the lake from the amphitheater, the location is easily accessible from highway 5 just a few hundred feet from the main entrance and Camdenton just a few miles south. Leaving the park was easy too with many folks helping to stop and direct traffic as we got on the main road .

When the 2017 season rolls around, I hope you take a look at the Amphitheater to see if there is a concert being held while your family is on vacation at the lake. Hopefully your experience will be an enjoyable one and maybe not quite as hot as our night.

Shey has enjoyed the lake life since she was very young. Her parents always had a place at the lake for as long as she can remember. Now, she belongs to a waterski club in Kansas and drives their family boat in the ski shows teaching her family some of the traditions she learned as a child.

How I Found a Lake Condo to Rent 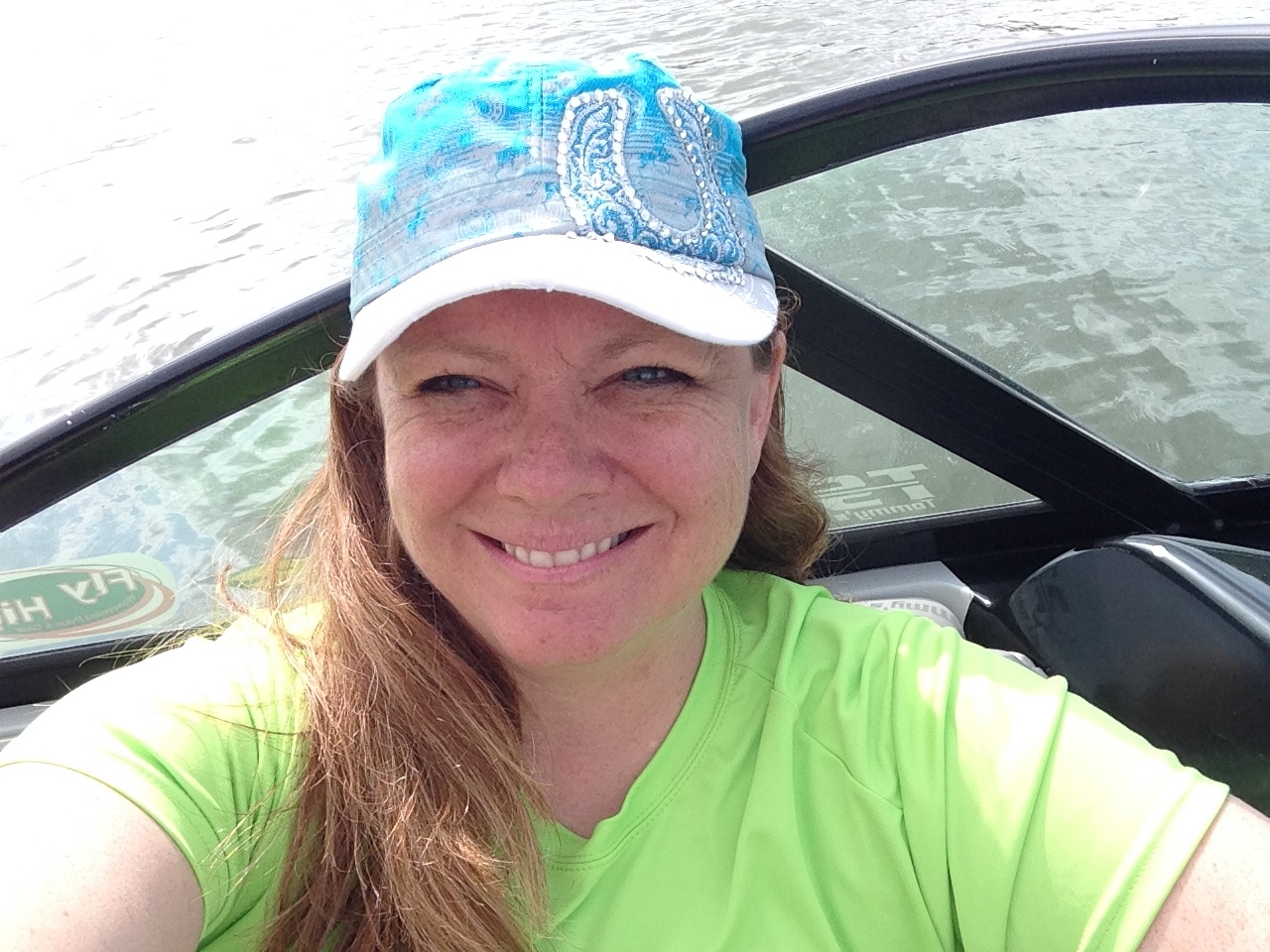 I'm Shey Harms and I've been enjoying the lake life since I was an infant. I grew up on the Lake of the Ozarks and take my family there every year as part of our tradition. We also have a camper on a small lake in Kansas where we visit the lake almost every week in the spring, summer and fall months. Follow me on Pinterest and the blog and become a little Lake Crazy too!