We bought our boat used, back in 2009, the first summer we were married.  Our small family needed something to do in the summer, and since one of us grew up on a lake, it made sense to introduce the rest of the family to the summer fun of boating and skiing.  After a month of researching the kind of boat we wanted, and then scouring Craigslist and eBay, we finally found a boat in Colorado that matched our requirements:  Mastercraft, 1994 Prostar 205.

It was the last year of the best hull of Mastercraft (says just about anyone who has skied behind a Mastercraft) and it was the first year the engines were fuel injected.  This boat had right around 700 hours on it when we bought it.  It wasn’t used extensively, but at least it was used enough to keep it from falling apart.

Boats are meant to be used and not sit in storage. When you don’t use your boat on a regular basis, things start to fall apart. In our case, we get to use our boat usually June through September, due to the temperatures, flooding, etc, in this part of the country.  In 2011, we got an early start and had our boat on the water in May.

The first few years, the boat was running great!  Then the summer of 2011 came along, and with all the extra show ski pulling we had been doing, the boat had really been put through the stresses!  After dewinterizing the boat in May, the first problem we noticed was the boat would start cutting out after some use.  It acted like it was starved for fuel.  We would shut the engine off for a small period of time, then try again and run it until the problem reoccurred. After a little research on Mastercraft’s Team Talk, we discovered it might be a bad fuel pump.  We ordered a new one, but while we waited for the new pump to arrive, we decided to do a little snooping around the boat engine.  We checked out the original fuel pump for any signs of debris.  Everything looked clear. We made sure the impellor was intact and still functioning properly.  Again, all was fine.  Finally, we decided to look inside our gas tank. Low and behold, we found debris!  Lots of carpet fibers rolled up into a ball and then we found a bug!  This bug was the size of a beetle about 1″ long, but we aren’t exactly sure how it got into the fuel intake area.  The best we can figure, the bug must have crawled up the gas overflow area (no screen on it), crawled down the overflow gas line and fell into the tank. When the boat would suck the gas up, the bug would get stuck against the filter in the tank.  When we let the boat rest, the settlement (which there was plenty) and the bug would fall back down into the tank until we started driving the boat again and eventually all that gunk would clog the intake and starve the boat.

The solution?  We drained the tank, then washed it out and put it back together, good as new.

Even though all was well, once the new fuel pump arrived, we went ahead and installed it, but kept the old pump for back up.  On a side note, we discovered if you can find the part number on some of your boat parts, (do some research on Google for your boat and engine type), then go to a car parts store. Chances are, you can save big money over the cost of buying a new part online or at a dealer (we saved $100 on the fuel pump alone). 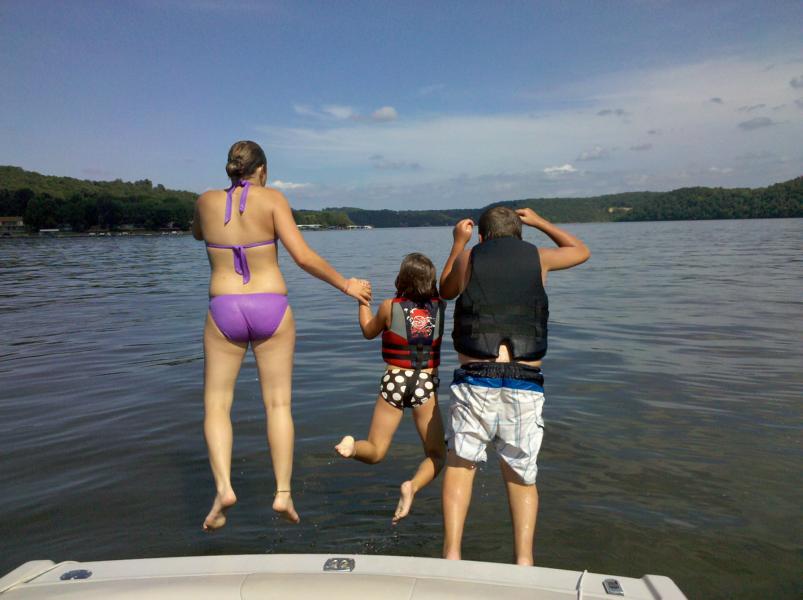 For the next 2 weeks, we thought all our issues were gone.  Then the second problem occurred.

(To be continued in Part 2 with more summer boat problems and companies that helped us resolve them!)